Of all the various semi-automatic service rifles designed around the time of World War II, one of the most forgotten yet noteworthy rifles of that era is the Fabrique Nationale Herstal Model of 1949 rifle. The design of the rifle was largely the brainchild of Dieudonne Saive, the chief firearms designer at the Belgian manufacturer. 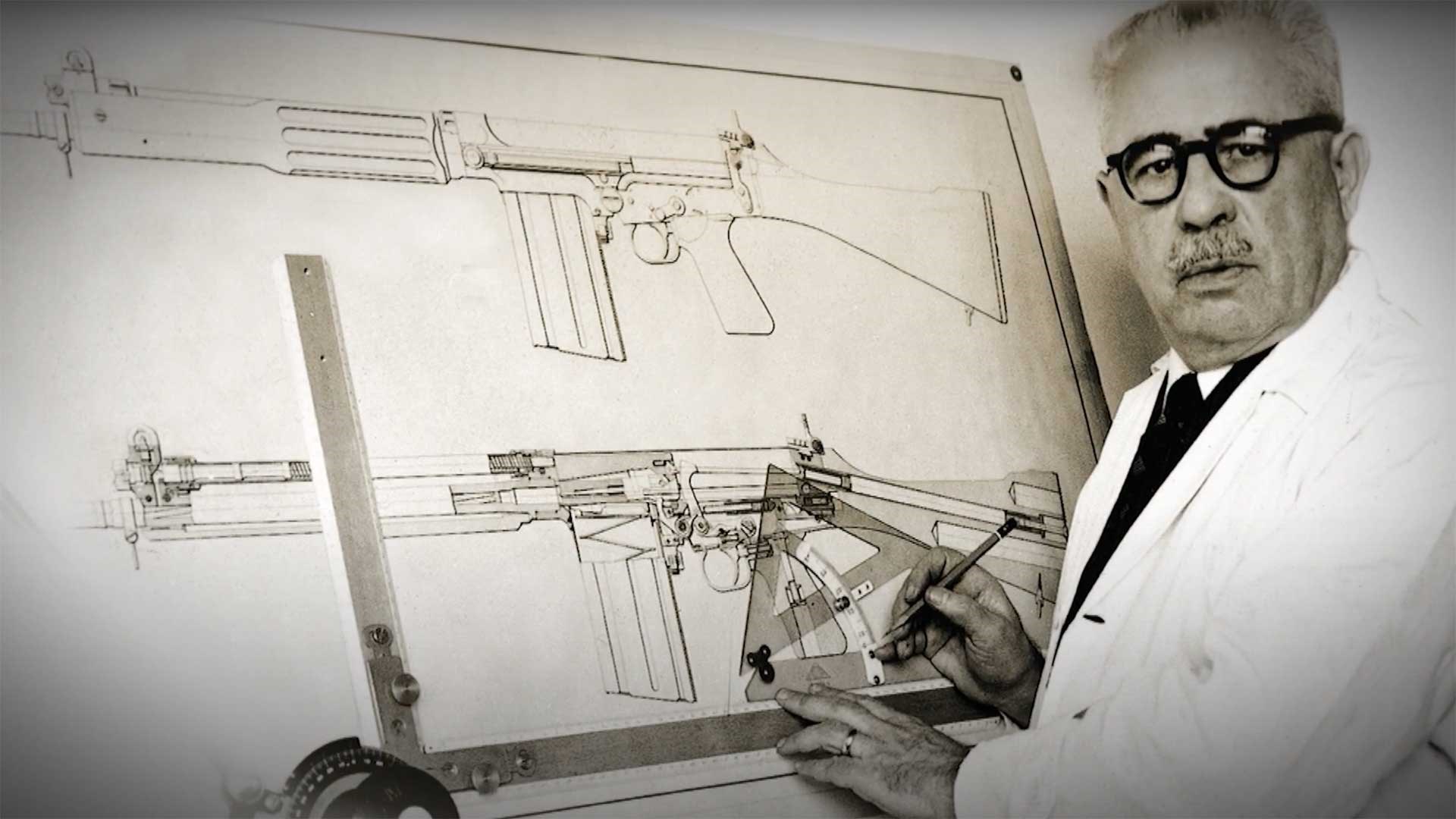 Chief firearms designer for FN Herstal and designer of the FN Model 1949 and FAL(on design board) rifles, Dieudonne Saive.

In the early 1930s, with many of the world’s nations in the race to develop a reliable semi-automatic service rifle, Saive experimented with designs for a semi-automatic rifle with a recoil-operated action. The performance of the prototypes gave little fruit however, due to problems with the recoil action. Despite this, these early prototypes provided the basis for Savie’s next attempt, utilizing a gas-operated action.

The design was patented in 1936, and prototyped in 1937. The design was still in the latter part of the prototyping phase when war broke out in 1939, which swapped focus from developing rifles to producing existing models. The possibility of putting the design into production was delayed completely when Germany overran Belgium in 1940, after which Saive escaped to Britain and continued to work on the design. 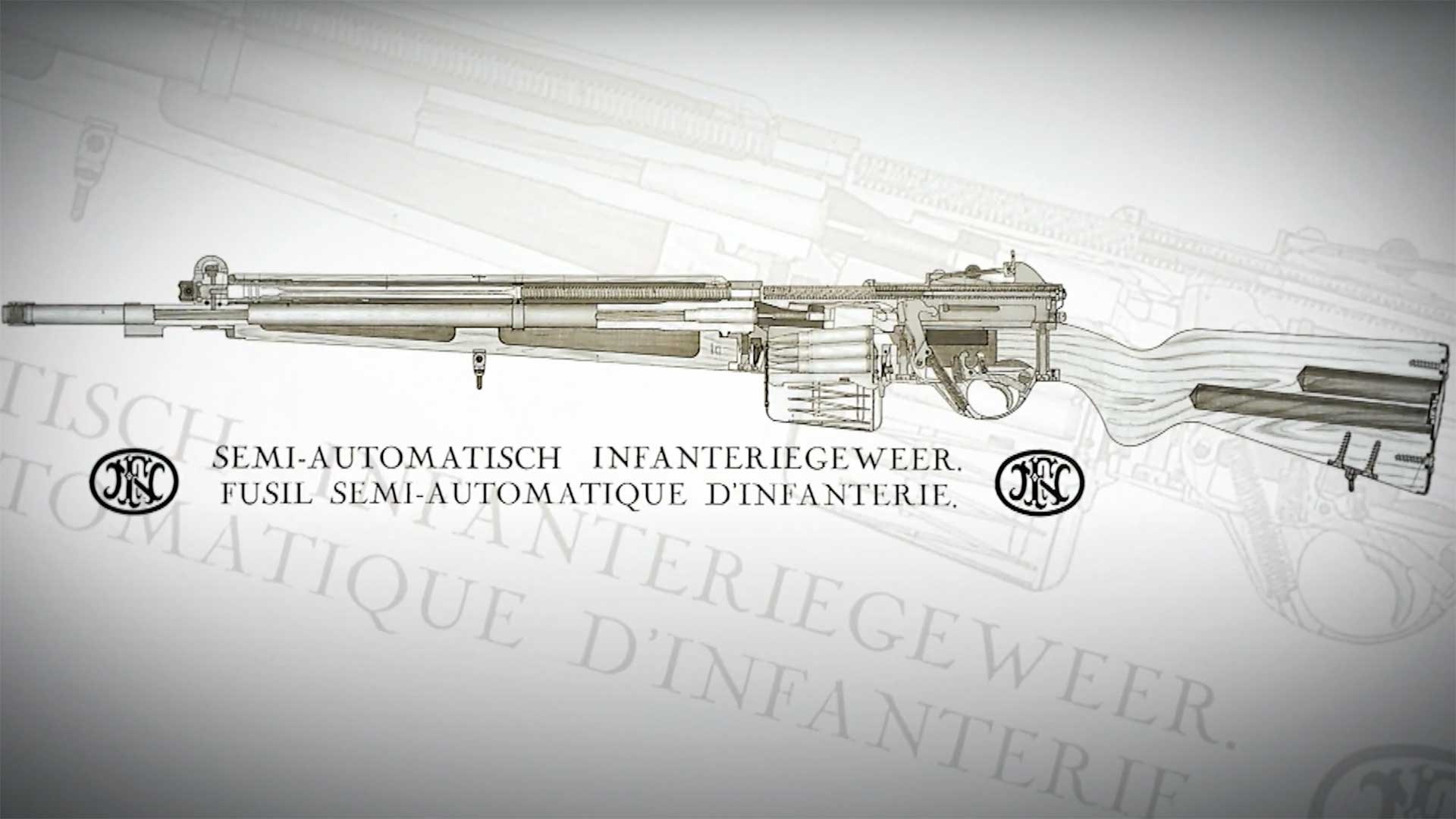 After returning to Belgium after its liberation in 1944, Saive eventually finalized the design of his semi-automatic rifle in 1947. The final design fed from a fixed 10 round magazine fed by stripper clips, was 43.5” long and weighed 9-lbs. 8-ozs. unloaded. When it finally was offered to the world market in 1948, the FN Model 1949 was met with little interest by most western nations, as newer generations of rifles were being developed and there were already large existing stockpiles from the war.

However, the rifles were sold in limited quantities to several smaller nations like Venezuela, Egypt, Columbia, Indonesia, Luxembourg and Brazil. It was even adopted by Belgium and Belgian territories. Other than the different crests placed on the knox of the rifles for each different nation’s contract, FN Herstal also produced the rifles in several different calibers, including 7 mm Mauser, 8 mm Mauser and .30-’06 Sprg. 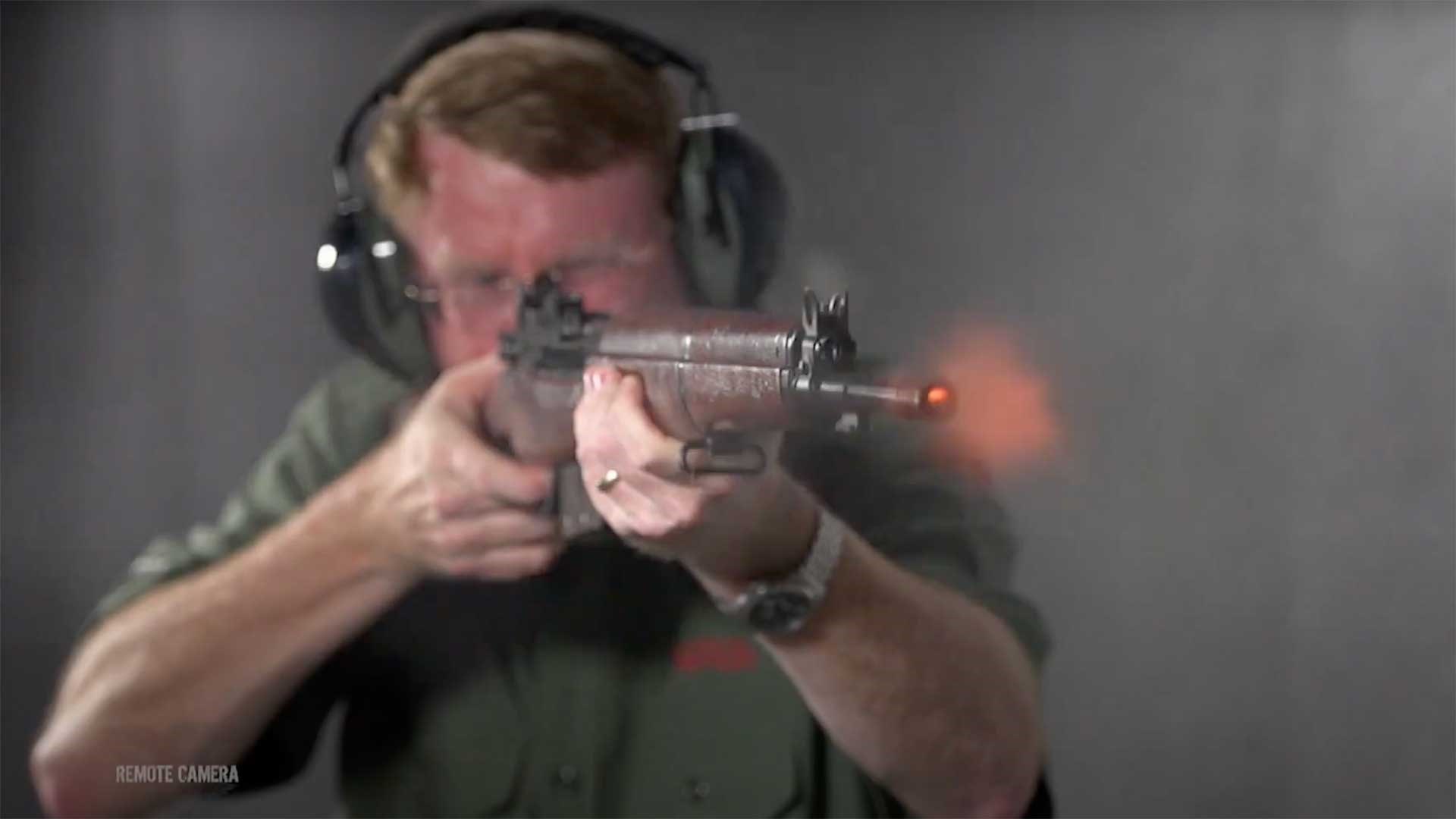 FN also produced a small order of rifles for Argentina chambered in 7.65x53 mm Argentine in 1953, which Argentina then used as the basis for producing their own domestic versions, which included detachable 20 round magazines and selet-fire capability. By 1961, The FN 1949 came into competition with new rifles, like the HK G3 and Saive’s next rifle design, the FAL, being produced at FN Herstal.

At this point the FN 1949 was considered obsolete, with production ceasing that year. Even still, the FN 1949 continued to see service up to the 1980s. Today, it is one of the more interesting rifles that be found in the military surplus market.

To watch complete segments of past episodes of American Rifleman TV, go to americanrifleman.org/artv. For all-new episodes of ARTV, tune in Wednesday nights to Outdoor Channel 8:30 p.m. and 11:30 p.m. EST.

I Have This Old Gun: FN Model 1949 | An Official Journal Of The NRA

END_OF_DOCUMENT_TOKEN_TO_BE_REPLACED

Since its introduction in 1983, the bolt-action Remington Model 7 gained favor with sportsmen for its low weight and wide range of chamberings.

I walked into a gun store and saw a pistol that I knew was right for me: a clean, sharp-looking Dan Wesson Model 15 in .357 Mag., with beautiful wood stocks and a 12" barrel that stuck out of a hole cut in the side of the original box.

Following the Russian invasion of Ukraine, a number of firearm, ammunition and accessory companies stepped up to support the embattled nation, sending donations of guns, ammunition, optics and cash.

The Russian invasion of Ukraine has seen a proliferation of snipers—equipped with a variety of rifles—on both sides. Here, one of the world’s foremost authorities on the subject of military sniping takes a look at the combatants, along with their arms and ammunition.

#SundayGunday: Marlin Model 1895 Trapper​ | An Official Journal Of The NRA