Despite having been developed more than a century ago, the Mauser 98 action is still one of the best bolt action designs ever conceived. Follow Jeromy Knepp as he sets up his own "modernized Mauser."

In this American Rifleman TV segment of "I Have This Old Gun," we take a look at the history and development of the Mauser designed Gewehr 98 service rifle chambered in 8 mm Mauser. 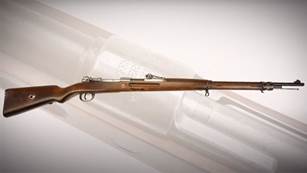 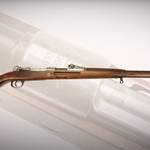 Mauser's famous rectangular banner logo, first used in 1909, appeared on an export rifle called the “Standard Modell,” which would become known in collecting circles as the “Mauser Banner.”

Watch this American Rifleman "At The Range" video segment above to learn about the German Gewehr 98 service rifle chambered in 8 mm Mauser. 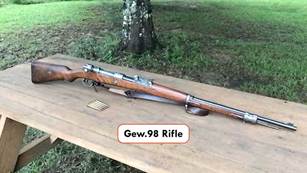 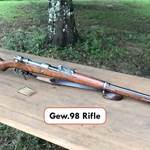 A Look Back at the Mauser Model 1898 Rifle

The vast majority of bolt-action rifles on the market today can trace much of their lineage to Paul Mauser’s Model 1898 rifle.

I Have This Old Gun: Mauser 98 Standard Modell “Banner” Rifle

It’s one of the most famous trademarks in the firearm world—a rectangular banner with “Mauser” at its center. The company started using the logo in 1909, and it appeared on such famous guns as C96 “Broomhandle” pistols, interwar Oberndorf sporting rifles and on an export rifle called the “Standard Modell,” which would become known in collecting circles as the “Mauser Banner.”

6.8 Western: A Candid Look at the New Cartridge | An Official Journal Of The NRA