An Enfield Destroyed: The Impact of British Gun Laws

Our author saw the destruction of one veteran's Lee-Enfield No. 4 (T) sniper rifle, a victim of Great Britain's inane gun laws.

Next time someone tells you how “great” the gun control laws are in the United Kingdom and that “we should look at them,” you might want to bring up Albert Patterson.

Keefe Report: It Can’t Happen Here? It Already Did

In late February, a vicious home invasion resulted in George Digweed, MBE, one of the most accomplished shotgun shooters in the world, and his wife being badly beaten by four men. 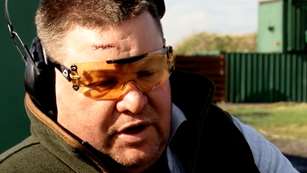 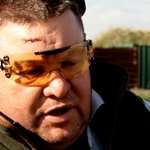 Shooters of the U.S. beware. Give way an inch to the anti-gun lobby and you'll end up like the poor folk here in Great Britain. And it's not just handguns I'm talking about. From the July 1989 American Rifleman, a British veteran says goodbye to an old friend, forced to destroy his rifle because of inane firearms laws.

Suppressors: What We Can Learn from the UK Experience

While gun ownership laws in the United Kingdom are very troubling to NRA members, the Brits are way ahead of us when it comes to using suppressors.

I Have This Old Gun: Maynard Carbine | An Official Journal Of The NRA

NRA Great American Outdoor Show is Live! | An Official Journal Of The NRA